An introduction to French cheeses

France is famous for its incredible cheeses; with a huge array of distinctive flavours, textures, shapes, and appearances. Each region of France produces its own particular cheeses.

Interestingly, sheep and goats milk were the earliest cheeses because cows did not become domesticated until quite a lot later.

Europe went through a succession of attacks over the years, and ancient cheese making techniques were forgotten in the mainland surviving only in the mountains. That is where the oldest cheese making methods are still used today.

We can sometimes recognise cheese by the milk used ie. cow, goat or sheep (or a combination) and also by the way it is produced. The characteristics of the cheese and the rind are affected in the different processes, and make the cheese an original.

Affinage is the act or process of ageing cheese. It comes from the French, affiner to refine. During this process cheese is cured and matured. This can be done for different lengths of time, or not at all.

In France there are typically two origins of cheese: from the farmhouse (fromages fermiers), or industrially manufactured cheeses. 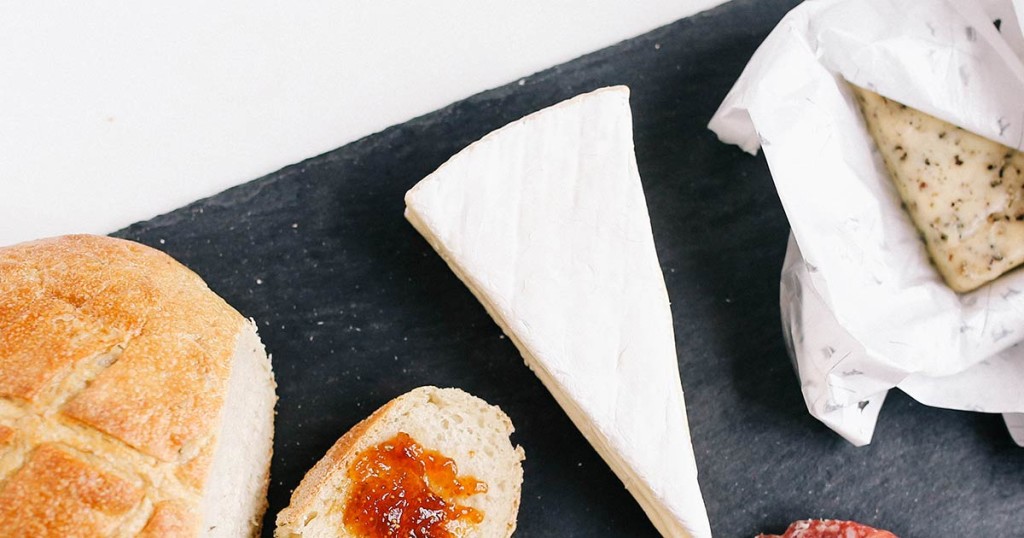 France has its own system for categorising cheese known as les huit familles de fromage, or eight families of cheese.

These cheeses are white and usually have the consistency of yoghurt. They can be made from curdled cows, goats, or sheeps milk and are not aged. Fromage frais are sometimes eaten in the same manner as a yoghurt. Or they can be eaten with flavouring like sugar, salt or pepper. They are often used in recipes.

These are soft unpressed cows milk cheeses, recognised by a white, floury looking surface. Usually aged about a month. They are often served after the main course in France.

Again these are soft unpressed cows milk cheeses, but the rind is washed during the ageing process, preventing the formation of surface molds, producing a supple and colourful rind. Often found on French cheese plates.

These cheese are pressed during the process, draining the cheese of part of its moisture.The cheeses are than put in controlled conditions and aged for several months. During the ageing, these cheeses are washed, brushed and turned so that the rind forms all over the cheese, equally.

These cheeses are also pressed, but the curd is heated before pressing. Formed in large cylinders, the cheeses are ripened for a long time. Fromages à pâte pressée et cuite are commonly manufactured in the mountainous regions, using traditional processes.

There are various goats cheeses, which could be listed under the above categories. However there are over a hundred varieties of goat cheese in France so it warrants it’s own category. Pur chèvre contains only goat’s milk. A mi-chèvre is mixed with cows milk.

Mostly made from cow’s milk, Roquefort is an exception as it is made from sheep’s milk. Blue cheeses have a strong flavour and smell; as they are ripened for a long time.

These spreadable cheese are made from other cheeses blended together. Sold in small portions and some times flavoured with herbs or spices such as garlic, pepper or chilli.